Are you sick of hearing us New Yorkers complain about the weather yet?

I am and yet I’m still over here doing the complaining myself (sorry!). It’s like we all get amnesia and expect March to be full of tulips and pretty weekends hopping around the city, when the reality is that this time of year it is still full blown winter (as evidenced by the 4 Nor’Easters in the last 3 weeks…).

That all being said – I am SICK and TIRED of being holed up inside. Even if it’s still cold I am ready to take back this city and get spring started. So instead of sitting inside and complaining again this weekend I decided why not try and be proactive and put together a list of a few things we can do right now to bring to soothe your spring fever!

Yes I know that brunch isn’t exactly a new thing, but instead of just heading to your neighborhood spot this weekend try venturing a little further and go to a new spot. Last weekend I headed down to Tribeca for brunch at 1803 NYC and while it was farrr from my apartment it was SO worth it! Not only was the food insanely delicious, but the NOLA vibes were the perfect remedy to the freezing cold outside. Pro tip if you head to 1803 – the beignets aren’t on their brunch menu, but you can still order them! A few other spots in the city I’m dying to try out include La Mercerie Cafe and Celestine.

2. Head to DUMBO for the newly opened ‘Empire Stores’

I love Brooklyn Bridge park in DUMBO during the summer, but now you can head their in the cold with the excuse to hang out in the new Empire Stores building. I randomly ended up their recently and hadn’t realized how many amazing spots had opened in the building! There’s a cute cafe with a ton of living room like seating so you can get out of your apartment but still hang with friends. Then head to the adorable Feed Store and swing in to West Elm and pretend you can afford everything in your apartment. Plus, if you head over on a semi-nice day you can hop between wandering the neighborhood and warming up inside!

3. Spend an afternoon at my favorite place, Cooper Hewitt

I’m sure I’ve written about Cooper Hewitt before because it truly is one of my favorite, if not my favorite museum in the city. It’s almost entirely interactive, so even if you’re one of those ‘I don’t like museums’ kind of people you’ll probably like this. Plus, it’s on the small side so you can do everything in about an hour and a half. Then swing to the Bluestone around the corner for some basic avocado toast. The museum & coffee shop are also right by the Central Park Jackie O reservoir which is truly beautiful no matter the time of year!

4. Trek to Brooklyn for the Alamo DraftHouse

Ok I say trek because I have a number of friends who consider going to Brooklyn an impossible journey (insert eye roll). I love heading to Brooklyn any chance I get and the Alamo Drafthouse has been on my list for a while. If you’re unfamiliar with the concept – it’s a movie theater with a full menu that you order from and then your food is served during the movie! There’s also a couple bars and a Target right there, so you can have a few drinks and then buy all the things you don’t need at Target (apologies ahead of time). 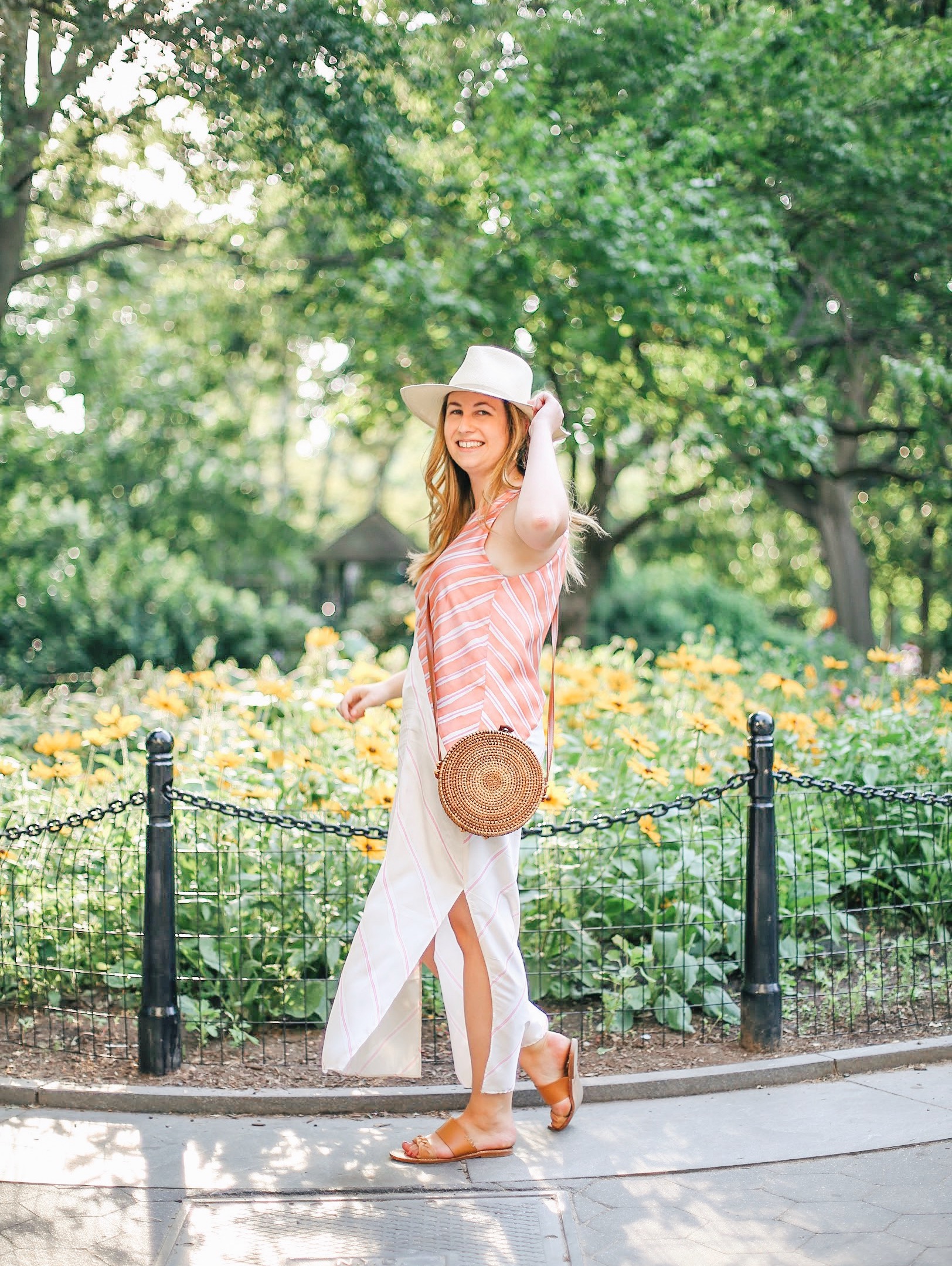